As Saroj Khan was admitted to the hospital a few days ago, a lot of people right from the ones in the industry to her fans prayed for her recovery. Unfortunately, the dancing legend of India breathed her last today (3 July 2020) in a Mumbai hospital. 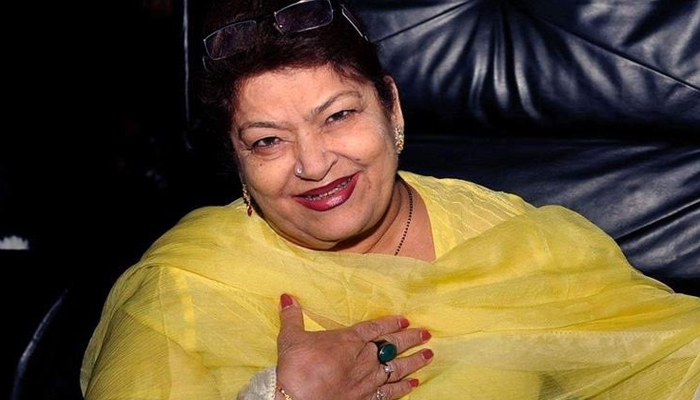 Born Nirmala Nagpal (22 November 1948), Bollywood’s most loved ‘Masterji’ started her career as a child artist at the age of three. In the late 1950s she turned her focus towards dancing. Saroj Khan got her first independent break in Bollywood as a choreographer in 1974 through Geeta Mera Naam. It was the year 1987 and the film ‘Mr. India’ which gave Saroj Khan recognition in the industry as she choreographed for the very famous song ‘Hawa Hawaai’, and then there was no looking back for her.

She became the known Bollywood dance master and worked with many stars. ‘Ek Do Teen’ from and ‘Humko Aaj Kal Hai’ from are still hits which were choreographed by Saroj Ji. In her well-established career, she even judged various dance-based reality shows.

Even though Saroj Khan had a wonderful career, she was facing a lot of difficulties in the last few years. She was not getting good work which indirectly affected her financial stability. The last notable work she had was in 2019 when Dharma Productions got her on board for ‘Tabaah Ho Gaye’ from their film Kalank. The production house was constantly in touch with the choreographer to support her during the tough times by providing work.

Saroj Khan won three National Awards for choreography and tops the list with eight Filmfare Awards for the same. Apart from this, she was also an advisory member of Rishihood University in Haryana. Saroj Khan contributed 46 years of her life in choreographing songs for Bollywood and her death had void a space in the industry that no one could ever fill.