On the occasion of Father’s Day, Best Selling Author Tahira Kashyap Khurrana announced her fifth book ‘7 Sins of Being A Mother’ with her own quirky style. Posting pictures of herself jumping with joy showcasing her laptop screen, Tahira revealed the title of her second book penned in the pandemic. 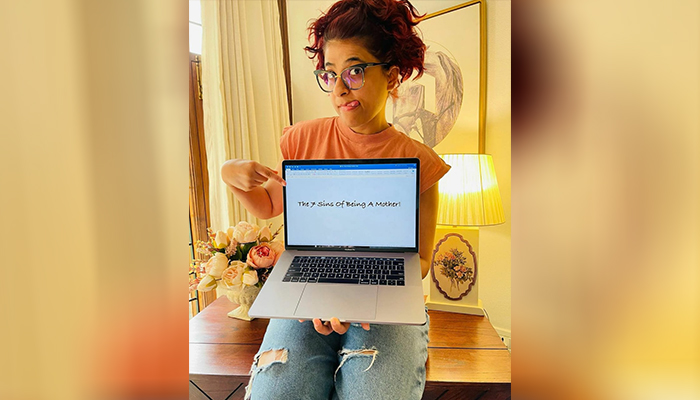 The author said, “I love dads (mine and my kids’)- but on Father’s Day I want to share some special news about my new book!! It’s sinful and hopefully delightful…. It’s called… 🥁 THE 7 SINS OF BEING A MOTHER!! Swipe to see my calmness about it! #newbook #comingsoon #author @juggernaut.in”.

Emerging as the ‘Quarantine Writer’, Tahira Kashyap Khurrana launched her fourth book ’12 Commandments of Being A Woman’ last year, that received an exceptional response from the audience. Recently, Tahira shared a social media post highlighting the struggles of being a quarantine writer as she got her spectacles back after nine years, despite a Lasik done.

Author, filmmaker and influencer, Tahira has been advocating for women empowerment through various means. Having authored multiple books like ‘Cracking The Code: My Journey in Bollywood’, ‘Souled Out’ and ‘The 12 Commandments of Being a woman’, Tahira Kashyap Khurrana demonstrates stories of varied backgrounds.

Tahira also wrote and directed the short film Pinni last year, which earlier this year got represented on Netflix with Zindagi Inshort. She is also one of the co-founders of Indian Women Rising, a cinema collective that aims to promote and accentuate female content creators across the globe. Under the initiative, the first project- Bittu was shortlisted in the top 10 for Oscars in Best Live Action Short Film Category.

With an OTT show coming up soon, Tahira Kashyap Khurrana offers an interesting line up of projects.