The much-awaited trailer of debutant Ahan Shetty and Tara Sutaria starrer, ‘Tadap’ is all set to release on October 27th. To announce the trailer release date, Nadiadwala Grandson released a impressive teaser today. 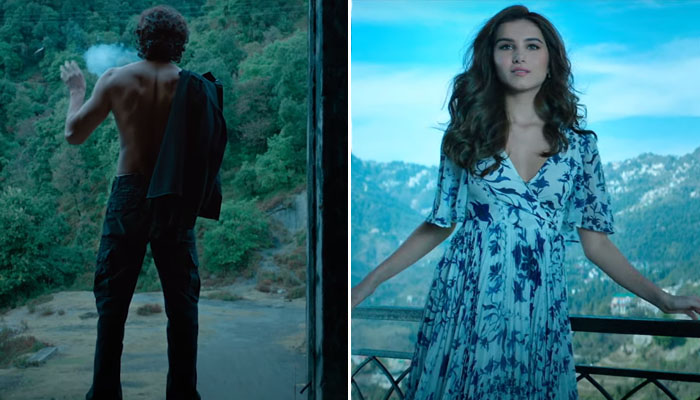 In the teaser, Ahan is seen standing at the edge of a platform while smoking with utmost swag. He is showing his back in the teaser but this has raised our excitement to know more.

Talking about Tara’s look, she looks beautiful and fresh as a daisy in the teaser. Wearing a floral dress, Tara is seen giving a concerned look. As per Ahan, Ramisa is “Ishana ki aankhon ka Tara”.

While speaking about the film, it happens to be is a remake of the 2018 Telugu hit RX 100 and directed by Milan Luthria and produced by Sajid Nadiadwala.

According to reports, Tadap will also feature Suniel Shetty, Sikander Kher, and Amit Sadh among others. Presented by Fox Star Studios, Tadap reunites Luthria with his longtime collaborator writer Rajat Arora. The duo has worked on films like Once Upon a Time in Mumbaai, The Dirty Picture and Baadshaho. The film’s music will be scored by Pritam.