Just before the lockdown started in March 2020, Taapsee Pannu had announced one of the most ambitious projects of her career- Rashmi Rocket – where she would be seen playing the role of an athlete from a small town with the desire to win on international platforms. 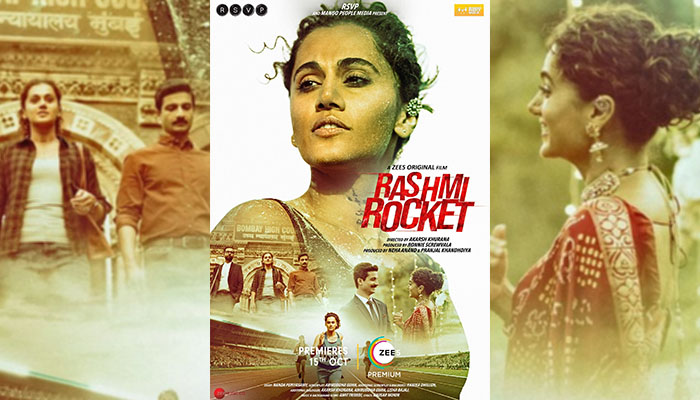 The actress went through rigorous physical training to play the character. Directed by Akarsh Khurana and produced by RSVP, the shooting for the film began in November last year and was wrapped up in January 2021.

On September 20th, Taapsee Pannu took to Twitter to announce the film’s release date, “Get ready to run with Rashmi in this race on and off the track. She will need you in this one #RashmiRocket ready to take off on 15th October 2021 only on @zee5.”

The film will see Taapsee playing the role of a sprinter. The actress underwent a massive physcial transformation for this role to get the body of an athlete. The sports drama is being produced by Ronnie Screwvala, Neha Anand and Pranjal Khandhdiya and also features actor and casting director Abhishek Banerjee.

Apart from this sports drama, the actress is currently filming a cricket biopic Shabaash Mithu based on cricketer Mithali Raj. Taapsee also has Blurr and Looop Lapeta in the pipeline.