Actress Taapsee Pannu shared with fans on Thursday that she has commenced the shoot of her forthcoming film “Blurr”. The film which is a remake of the Spanish film Julia’s Eyes went on floors last month and will also star Gulshan Devaiah. 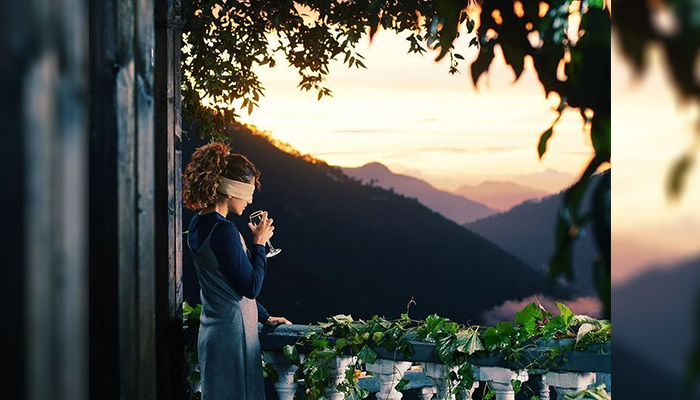 The actress took to Instagram to post a picture from the set, where she is seen blindfloded and holding a glass, with a picturesque background of the sun setting in the mountains.

Taapsee Pannu captioned: “When the nature has its own filter you need not do much … Aa for Gayatri , she feels more than she sees 🙂 #Blurr”.

This is the first double role for Taapsee. But not her first Spanish remake. Taapsee played the lead in Sujoy Ghosh’s Badla a remake of the Spanish film The Invisible Guest directed by Oriol Paulo. Interestingly Oriol Paulo has a Blurr connection.

The first schedule of the movie is already underway. Directed by Ajay Bahl, Taapsee will also turn producer with the film. Before the film was announced she had also announced her production house named Outsiders Films.