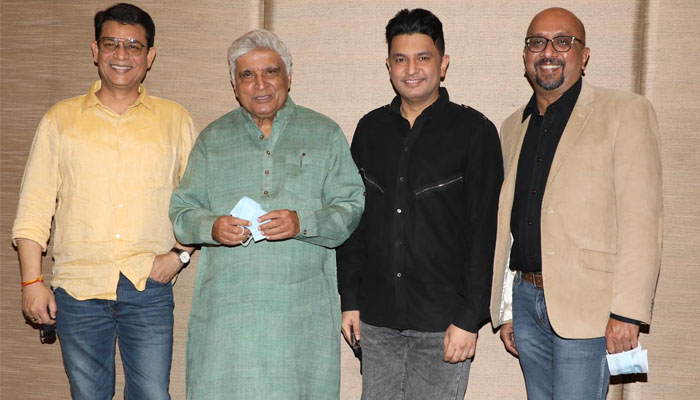 This development is a watershed moment in the Indian Music Industry and will provide a game changing boost to the IPRS, the registered Indian Copyright Society representing music composers, lyricists and owner publishers of music. T-Series presence as a member will significantly benefit authors and music composer members of IPRS. IPRS will now represent the T-Series music publishing catalogue of lyrics and musical compositions and license a wide variety of platforms and businesses which exploit music in India significantly enhancing the music publishing ecosystem in India and vastly improving the ease of doing business for numerous music licensees including broadcasters, digital services, telcos and various other small businesses intending to license music in a seamless single window clearance for underlying works embodied in a sound recording or a music video.

Chairman of IPRS renowned lyricist Mr Javed Akhtar said – “I see this as a homecoming for T-Series and thank Mr Bhushan Kumar and the T-Series family from the bottom of my heart for entrusting IPRS with its copyright catalogue once again. This is a win-win proposition for T-Series and for our author and music composer members who will benefit tremendously. The entire music industry is united today in its determination that creators, music businesses all will work together for the common cause. I am joined by my fellow Directors of IPRS in saying I also look forward to welcoming Mr Bhushan Kumar on the Board of IPRS”.

Chairman and Managing Director of T-Series, Mr Bhushan Kumar said – “Copyright is in the heart and soul of what T-Series creates. Our joining IPRS is a logical progression for the company. We took this decision in the interest of the entire music industry – today the entire industry, creators, music businesses, all united, represent a seamless coalition of stakeholders contributing to our country’s progress and working together in our common interest. T-Series will bring more value to IPRS and its members. We look forward to IPRS growing even more with our support in the future so that it can benefit the creator community and the industry even more”.

Mr Devraj Sanyal, Managing Director & CEO, Universal Music Group, India & South Asia said – “ for great change to effectively happen in the publishing business of the Indian Music Industry, you need all the major players to band together to push the agenda of fairness, transparency & equitable remunerations for both owner publishers & our respected author composers and now with my dear friends Bhushan & teams from T-Series joining us in IPRS, that day is here. With Javed Saab, Bhushan & all my fellow board members I’m sure we will now see a golden age dawn for creators & copyright owners”.

Mr Rakesh Nigam CEO, IPRS said, “I am delighted that T-Series is joining IPRS. This will benefit the authors and music composer members of IPRS tremendously. T-Series is not only a market leader in the music and film industry, but it is also a hugely successful incubation lab and proving ground for many young talented creators, all of whom will benefit from their association with IPRS as well.”

About IPRS: IPRS is India’s only Copyright Society registered under the Copyright Act, 1957, and counts more than 5,000 of India’s best-known authors, composers, and music publishers as its members. IPRS is authorized under Sec 33 of the Copyright Act, 1957 to carry on the business of issuing and granting of licenses in respect of musical works and literary works associated with musical works assigned to it by its members as well as to collect and distribute the Authors’ Statutory Royalties, for the exploitation of these works either by way of live performances and/or sound recordings through any medium except when exhibited as a part of a cinematograph film shown in a cinema hall.