Eliminating the taboo and stigma around transgender community, celebrated model and LGBTQ activist Sushant Divgikar explains the true meaning of the word Hijra on Maniesh Paul’s podcast in the latest episode. 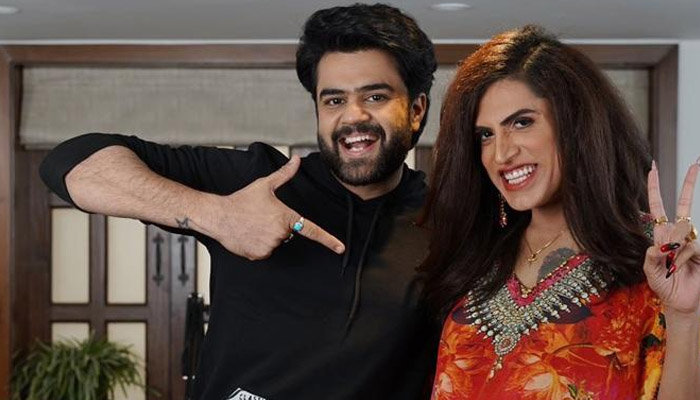 Providing a platform to put forth human stories, The Maniesh Paul Podcast has hosted varied guests from different walks of life offering the untold aspects and stories of the society. In the latest episode of the show, Sushant Divgikar engaged in an enlightening conversation with Maniesh Paul to discuss the plights of the transgender community defying the stereotypes in an attempt to create a more inclusive and accepting space for the albeit misunderstood gender.

In a second part of his interaction for the Maniesh Paul’s podcast, Sushant Divgikar throws light on the true meaning of the word Hijra, barring the negative connotation and usage of the word. “Hijra is not an abusive word, it is actually an community, which is one of the oldest transgender communities of the world. Hijr means the journey ones takes to reach the God, which is why Hijra community is the closest to God, that is why they have the power to bless you.”

Amazed by the true meaning of the word, Maniesh Paul expressed his amusement over the misuse of the word.

Earlier, Maniesh Paul expressed his disappointment over the biased treatment to the transgender community urging the society to accept the gender.

Welcoming representatives from varied sections of the society, including doctors, social activists, hypnotherapists, social media influencers, environmentalists, as well as actors and celebrity stylist, The Maniesh Paul Podcast has offered illuminating conversations through the various episodes.

Actors like Bharti Singh, Sharad Kelkar, Elli Avram, Prajakta Koli amongst others have also earlier graced the show unfolding the untold chapters of their lives.

In addition to being one of the most loved and successful hosts, Maniesh Paul has also impressed the audience with his acting, singing as well as dancing skills through the long list of his protects. Currently shooting for the latest reality show ‘Smart Jodi’, Maniesh Paul will be soon seen in Dharma Productions’ ‘Jug Jugg Jeeyo’ also starring Varun Dhawan, Kiara Advani, Anil Kapoor and Neetu Kapoor.