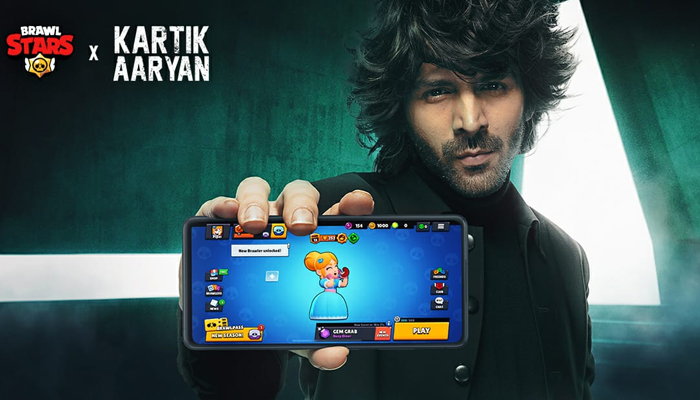 Brawl Stars has also witnessed phenomenal growth in India, spawning a robust esports ecosystem around it, with tournaments such as Superdiwali and Skyesports Gaming Series offering skilled players the opportunity to take on the best Brawlers in the country.

The #AlagSaAction campaign, starring Kartik Aaryan, exemplifies the unique take on multiplayer action that has seen Brawl Stars’ popularity soar in India since its launch. Launching the first look of the one of it’s kind game, the announcement video features Kartik Aaryan in an edgy and intense look. Unveiling the action avatar of Kartik Aaryan for the first time, the game is a treat for gamers and Bollywood fans both.

“I’ve been into gaming since my college days, and during the last lockdown, I discovered Brawl Stars. What instantly drew me to this unique game was its pace and intensity, and the fact that I could play it with friends. That makes it more fun for me, as I absolutely love it when some friendly competition is involved,” says Aaryan.

On his collaboration with Supercell, Aaryan adds, “It was great fun working with a brand that goes all out in the creative department. From the script to the game, everything about the whole process was quite in-sync with my vibe. I also loved exploring the action hero genre for a change, and I hope the audience enjoys watching a different avatar of mine!”

“Action is one of the most successful game categories in India, and we’re excited that players have been so receptive to our unique take on the genre. Kartik’s unmatched talent, collaboration, and excitement for Brawl Stars made him the perfect fit to bring a new level of creativity to players all across India,” said Doug McCracken, Marketing Lead, Brawl Stars.