After a good opening weekend, the highly anticipated Super 30 is heading decent on weekdays. For its impactful content and performances, the film has received very favorable reviews from the critics and gained strong word of mouth. As a result, it showed a healthy growth over the weekend. 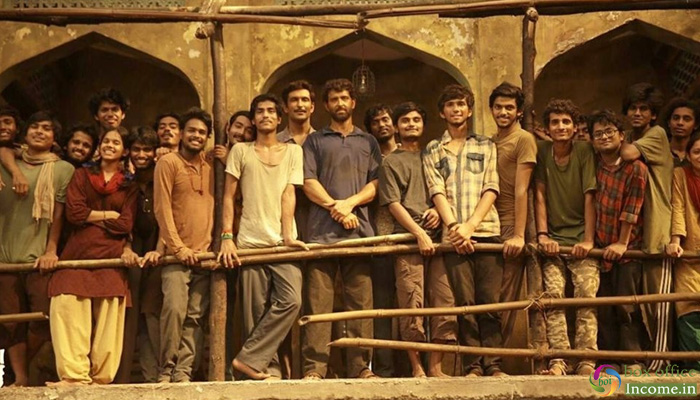 Due to good recall value and promotions, Phantom Films, Nadiadwala Grandson Entertainment, Reliance Entertainment and HRX Films’s presentation Super 30 was released with much hype among fans and as expected opened to a fair note. By witnessing solid growth over evening & night shows, the movie registered the business of 11.83 crores on Friday.

From most of the audience as well as critics, Vikas Bahl’s directorial has received positive remarks and as a result, it took remarkable growth over the weekend. This biographical drama did the business of 18.19 crores on Saturday and 20.74 crores on Sunday, and raised it’s opening weekend total to 50.76 crores.

Now Super 30 is running in weekdays and asusual getting lesser footfalls in theaters than before, but still heading very well at box office. On Monday, it minted the amount of 6.92 crores with around 41.91% of drop than Friday. Then on Tuesday, the movie remained steady and added the amount of 6.39 crores.

With this, total 5 days collection of Hrithik Roshan, Mrunal Thakur, Virendra Saxena, Pankaj Tripathi and Aditya Shrivastava starrer, has become 64.07 crores. Super 30 is based on the life of Bihar-based mathematician Anand Kumar.