The makers of the film Shiddat have released the film’s first look poster. The film starring Sunny Kaushal, Radhika Madan, Diana Penty, and Mohit Raina will be released on Disney+ Hotstar on October 1. 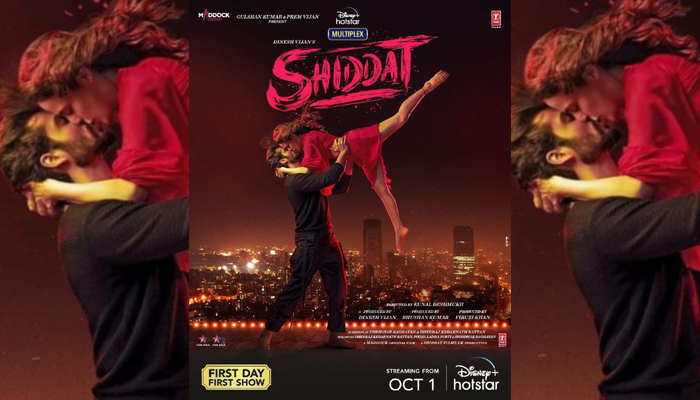 The film had gone on floors in 2019. While Mohit and Diana are paired together, Sunny will be seen opposite Radhika. Just as the title suggests, the movie is about intense, passionate romance between two couples whose stories will run parallel to each other. The trailer of the film will be out on September 13.

Today, actor Sunny Kaushal took to his Instagram account and made the announcement. He wrote, “Watch Kartika & Jaggi take over the world with their Shiddat wala pyaar.” #ShiddatTrailer13thSeptember #Shiddat releasing on 1st October on @disneyplushotstar

The film is produced by Dinesh Vijan’s production house Maddock Films who has also produced films like Hindi Medium and Stree. The producer had earlier said, “Shiddat is not only a story about love but the distance one travels for it. The passion that overcomes… Maybe all senses or logic to do things that you wouldn’t usually imagine, the belief in something with all your heart and the drive to achieve it- that’s Shiddat.”

Directed by Kunal Deshmukh, the film is written by Shridhar Raghavan and Dheeraj Rattan and produced by Dinesh Vijan and Bhushan Kumar