Rohit Shetty’s directorial film, Sooryavanshi has already gathered a lot of praises and raised ample of excitement. The visually stunning trailer, also consisted of some interesting musical tunes and well, we’ll now be able to hear the first song from the film this week. 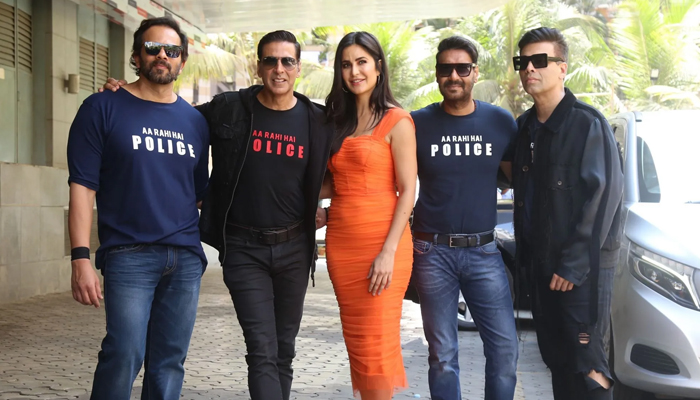 Superstar Akshay Kumar took to his Twitter account to share this information with all the fans who are eagerly waiting for Sooryavanshi. In his tweet he wrote, “Aila re Aila, #Sooryavanshi ka waqt aila! Get set to kickstart the promotions with full positivity and style from 21st Oct. #RohitShetty @ajaydevgn @RanveerOfficial #KatrinaKaif.”

‘Aila Re Aila’, is the first track from the Sooryavanshi album that will be released on October 21st, which will feature Akshay Kumar, Ajay Devgn and Ranveer Singh.

Earlier, On the auspicious occasion of Dussehra, Akshay Kumar shared the first video, where the three stars are seen talking about the days where everything came to a standstill and then welcoming all to the theatres with Sooryavanshi.

The film starring Akshay Kumar and Katrina Kaif in the lead has been pending for release since 2020. Now, it is all set to release on Diwali i.e November 5th, 2021. Produced by Reliance Entertainment, Rohit Shetty Picturez, Dharma Productions and Cape of Good Films.