After creating much hype, the first song from ‘Sooryavanshi’ is now out. The film stars Akshay Kumar and Katrina Kaif in lead roles. A party anthem track, Aila Re Aillaa which brings together all the 3 cops of Rohit Shetty’s Cop Universe has them dancing like nobody is watching. 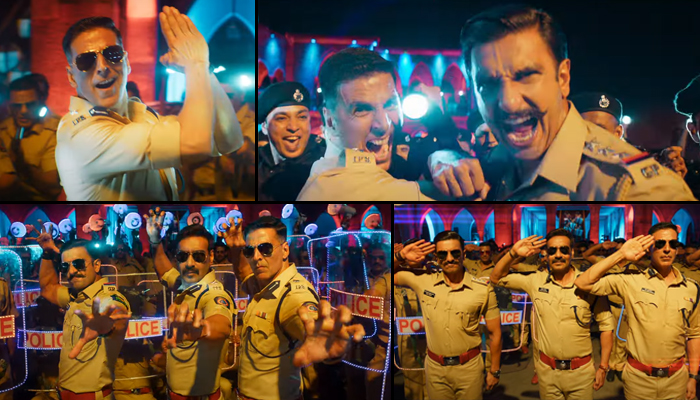 The song has been sung by Daler Mehndi, music has been recreated by Tanishk Bagchi and lyrics have been penned by Shabbir Ahmed. While we are ready to party with this track, watching Akshay Kumar, Ajay Devgn and Ranveer Singh together in this song is just adding to the excitement for the film.

Taking to their social media, Akshay Kumar shared, “It’s nothing short of a celebration when Sooryavanshi, Singham and Simmba come together #AilaReAillaa Song out now #Sooryavanshi releasing on 5th November. #BackToCinemas.”

When it comes to Sooryavanshi, the film has been in development since March 2020. The country was placed on COVID 19 just before the film’s release, and theatres were forced to close for an extended period of time.

After meeting with Rohit and other industry filmmakers, CM Uddhav Thackeray declared the reopening of theatres just a few weeks ago. The trailer for Sooryavanshi showed Akshay in a powerful cop avatar as he entered Rohit’s cop realm. The film will now be released in theatres on November 5, 2021.