The news of theatres opening across the country has elated the entertainment industry, and the cast of ‘Sooryavanshi,’ featuring Akshay Kumar, Ajay Devgn, and Ranveer Singh, is ready to welcome you back. 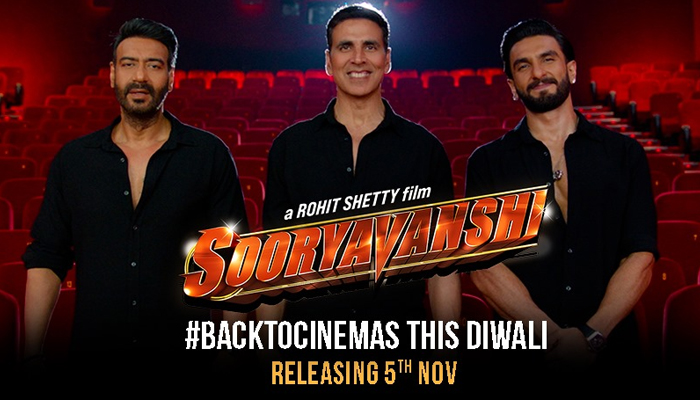 On the eve of Dussehra, Sharing a video with Ajay Devgn and Ranveer Singh, Akshay Kumar wrote, “Interval hua khatam, now it’s showtime! #Sooryavanshi releasing this Diwali, 5th November at a cinema near you. Come celebrate with us. #BackToCinemas.”

For almost a year, fans have eagerly anticipating the release of the cop drama. It was supposed to be released on March 24 last year, but it was postponed owing of the COVID-19 outbreak.

The upcoming film is presented by Reliance Entertainment and produced by Rohit Shetty Picturez in association with Dharma Productions and Cape of Good Films.