Rohit Shetty’s Sooryavanshi was off to a roaring start at the box office, the cop drama, starring Akshay Kumar and Katrina Kaif in the lead roles. The Khiladi Kumar starrer succeeded in pulling the crowd back to the theatres. 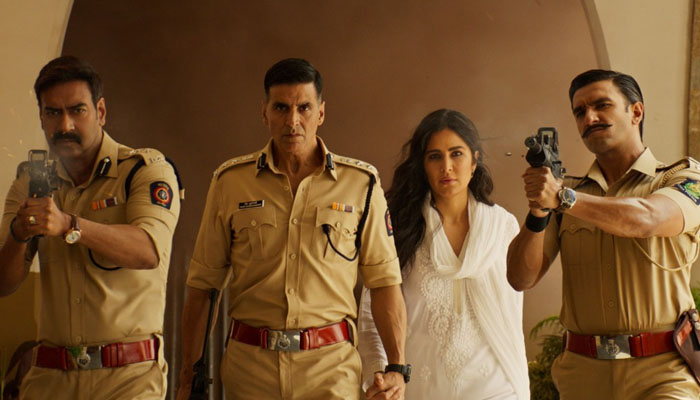 Produced by Reliance Entertainment, Rohit Shetty Picturez, Dharma Productions and Cape Of Good Films was released amid the huge buzz and expectedly got succeed to entertainer many in theatres. The film has received mostly positive reviews from the critics as well as the audience and as a result, gained a good word of mouth.

On the first day, Reliance Entertainment and PVR’s presentation opened on an excellent note. Over the evening & night shows, it recorded good growth in the mass circuit and registered the second highest opening day business of AKshay’s career with the amount of 26.29 crores.

On Saturday, Sooryavanshi witnessed a normal drop in footfalls from the beginning and at the end with an overall 5-10% drop, it raked the business of 23.85 crores. After 2 days, the total collection of the film has become 50.14 crores nett from 3519 screens at the domestic box office.

As per the current trend, Sooryavanshi is expected to take a further jump on Sunday and register a massive weekend total.