Turning into India’s very own Lara Croft, Sonal Chauhan is all set to impress in Akkineni Nagarjuna’s upcoming film The Ghost. The actress who steps into the shoes of a hardball officer, Priya, underwent intense training to get under the skin of her character. 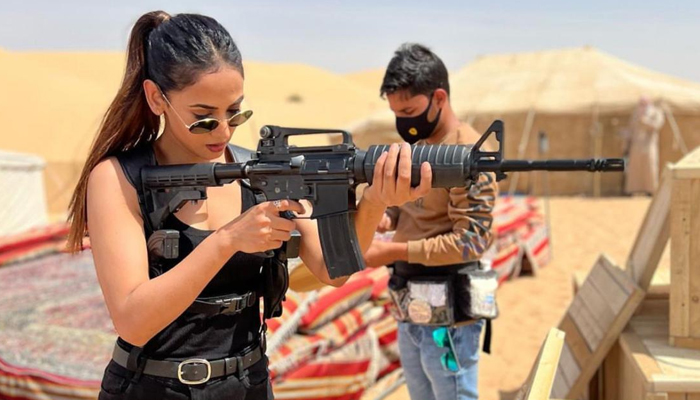 Apart from training for the action sequences, working on her fitness and flexibility for the high octane stunts, hours of practicing at the shooting range, Sonal Chauhan also suffered from injuries with the intensive prep. However, that didn’t seem to stop her!

Going by her training video, audiences can see the blood, sweat and even bones that have gone into the making of her character. While very few female actors have been able to pull off and look convincing in action roles, Sonal seems to ace it like a pro!

‘The Ghost’ has been amongst the most anticipated films ever since its announcement with several vying for the role. However, Sonal Chauhan elbowed out her contemporaries to bag the highly coveted role. The actress will be seen playing an Interpol officer alongside Nagarjuna for the very first time in her career and the glimpses of the two in the trailer has already generated much curiosity amoung fans.

Catch Sonal Chauhan transform into The Ghost’s Priya in this exhilarating behind-the-scenes video.