Telugu actor Nani has announced that his upcoming film ‘Shyam Singha Roy’ will have a theatrical release in 24 December this year. Directed by Rahul Sankrityan, the supernatural thriller is one of the most anticipated films of 2021 and the latest poster of the film has upped the excitement. 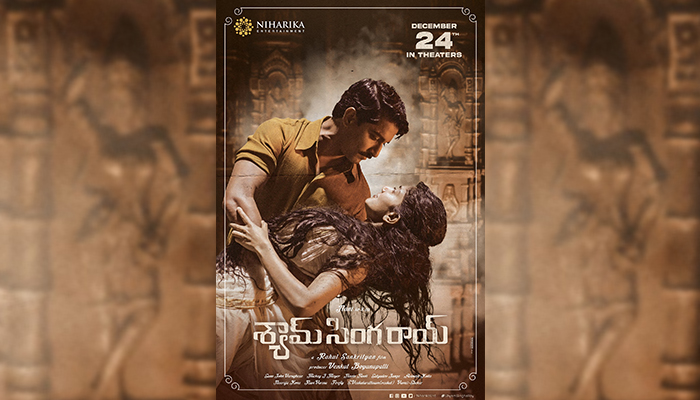 Announcing the new release date, Nani posted – “This Christmas Shyam will arrive where he belongs 🙂 To the big screen and to your hearts White heart TELUGU,TAMIL,MALAYALAM,KANNADA DECEMBER 24th #ShyamSinghaRoy!”

According to poster, Nani and Sai Pallavi are seen staring into each other, conversing with their eyes and feeling the warmth of being very close to each other. We are going to witness a wonderful romantic chemistry between the two on screen, going by the poster.

‘Shyam Singh Roy’ is written by Satyadev Janga and the film’s music is given by Mickey J Meyer.