After the massive success of his first single, ‘Daakko Daakko Meka’, Team Pushpa are back with their second single, ‘Srivalli’. Makers of the film shared the first look of the song on their social media and sent their fans to a meltdown. 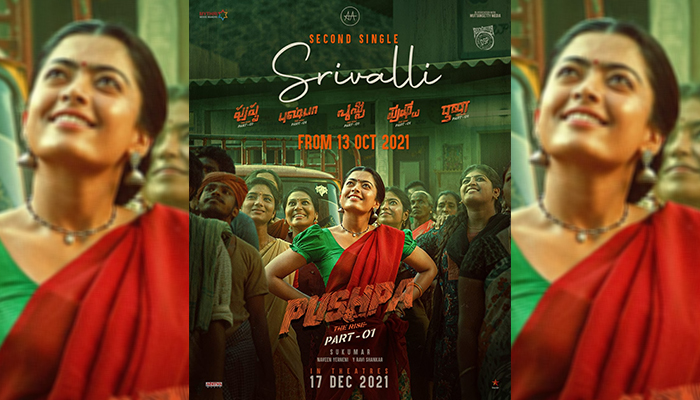 Announcing the same, the official Twitter handle of the film wrote, “She stole our ferocious #PushpaRaj’s heart and she is coming to take our breath away. Second single #Srivalli from #PushpaTheRise on October 13th (sic).”

Going by the poster, it sends out a message that the second single will be picturised on Rashmika. The poster has Rashmika in a complete village belle getup, where she along with other villagers are gazing at something upwards.

Pushpa is a story about the red sandalwood smugglers in the Seshachalam hills of the Rayalseema region in Andhra Pradesh. It is based on real-life incidents. Directed by Sukumar, Pushpa will see Allu Arjun in the role of a sandalwood smuggler named Pushpa Raj.