When faced with age-old superstitions and myths, one IAS officer sets out on a quest to find the truth in the face of doom. Disney+ Hotstar’s upcoming supernatural thriller series, Dahan – Raakan ka Rahasya starring Tisca Chopra as an IAS officer, is a dark tale of myths and superstition. Directed by Vikranth Pawar and written by Nisarg Mehta, Shiva Bajpai and Nikhil Nair, the series features paranormal occurrences in a quaint, rustic village of Shilaspura, also known as the ‘The Land of The Dead’. 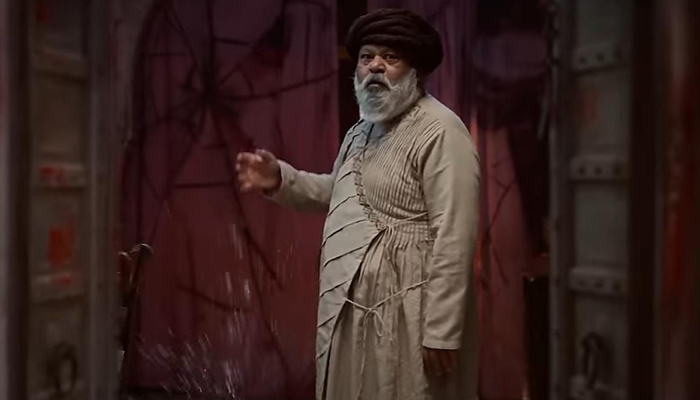 Actor Saurabh Shukla shared, “The preparation of the character was the same process that an actor goes through. It comes from the director and the script and then you try and understand the state of the mind of the character. For example my character, he is the head of the mandir there that they worship. People respect him, so not only that, he is a holy guy, but at the same time he has power over people.

He further added, “So you will see it’s a mix of thing, it’s not just the belief at the same time it’s the question of his own existence because of which he retaliates against the protagonist, which was a point of starting and then of course it is set somewhere in Rajasthan and for the diction I had proper coaches which came from the direction team and couple of them ware Rajasthani, so they knew authentic Rajasthani. Though it is in Hindi but at the same time, a word here and there and the tonality of it really helped me on that before the shoot and during the shoot.”

The show touches upon society, its beliefs and challenges its characters to face their deepest and darkest fears. It takes off when a mining expedition threatens the village fabled with a temple that legends say can unleash a deadly curse when harmed. But an IAS officer sets out on a mission to battle age-old superstitions that shroud the village in the face of mysterious killings and disappearances. Shot across Rajasthan’s uniquely rugged landscapes, the story spells catharsis with cursed caves, hidden treasures and generational secrets.