Bollywood actress Sara Ali Khan who is quite a social media butterfly has often been seen sharing bits and pieces of her life. From sharing updates on her religious and spiritual trips to the actress updating her followers with every look she tries on, to every lineup she has in her kitty, her followers are well equipped with her whereabouts. 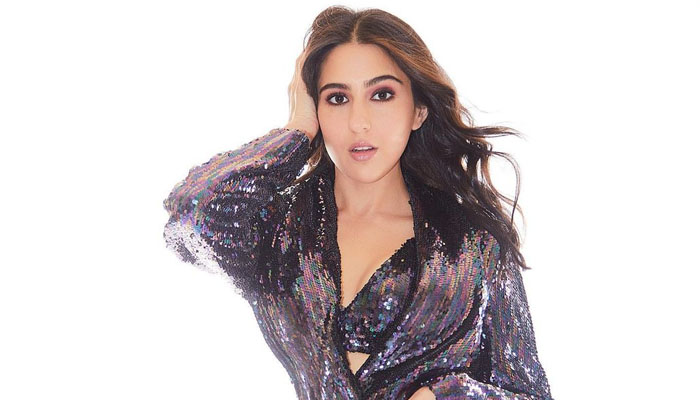 Recently, the actress shared a reel video of herself in a glittery robe dress, which played the trendy song ‘All That Glitters’!

Sara Ali Khan, leaves us dazzled as she slips into this colorful sequin dress. The actress seems to be keeping her mood light as the weekend is around the corner. Her sparkly makeover has added another oomph to the ensemble.

Meanwhile, on the work front, Sara Ali Khan’s last outing ‘Atrangi Re’ was much appreciated by audiences and reviewers around the country.

Currently, the actress was spotted shooting for ‘Gaslight’ with Vikrant Massey and has recently finished shooting for an untitled project next to Vicky Kaushal.