The drama-laden 2019 has witnessed some of the most momentous events in India and, of these, the “BALAKOT AIRSTRIKE” will always be one of the most memorable events for everyone. And now, this history redefining achievement will be captured on the silver screen forever, by National Award-winning Director Abhishek Kapoor. 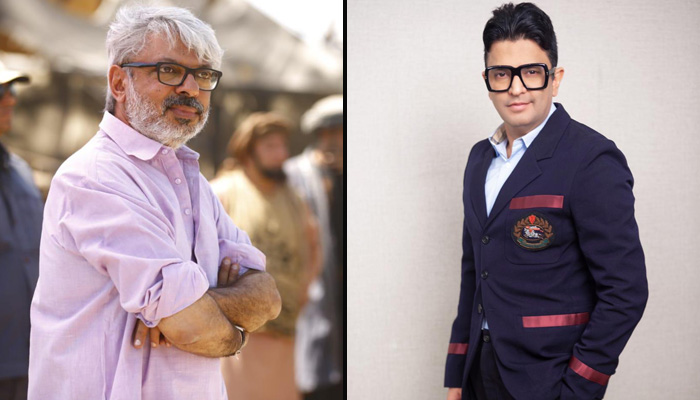 Some of the most renowned producers of the film industry – Sanjay Leela Bhansali, Bhushan Kumar, Mahaveer Jain & Pragya Kapoor – have come together to announce their prestigious and meaningful film on this Airstrike.

The film will celebrate the valour and bravery of the Indian Air Force while paying a humble tribute to these Sons of the Nation and their never-say-die spirit. This project will also humbly acknowledge the bold will & unilateral action taken by the leadership of our country, the armed forces and the legal framework. They all contributed – incisively & decisively – towards the success of this operation.

Talking about the film, maestro Sanjay Leela Bhansali says, “It is a story of bravery, patriotism and love for the country. This film is my way of giving tribute to the heroes who have made India their priority. We endeavor that their story and bravery reaches to everyone in the right way.”

Bhushan Kumar reiterates his commitment to the project, and says, “This will be one of our biggest projects for next year. It’s extremely close to all of us at T-Series because of the sentiment it carries. I have always been a patriot and it gives me immense pleasure to present the story of bravado of our IAF officers. Wing Commander Abhinandan is a national hero and the Balakot Airstrike 2019 happens to be an event of immense pride for the entire nation. There are some stories in the history of India that need to be retold. This is one of them.”

Director Abhishek Kapoor feels, “To be entrusted with one of India’s bravest stories is an honor for me. I remember the emotions that ran through the entire country when the strike was carried out. I am determined to do justice to this story in my endeavour to bring it to the silver screen.”

Adding to that, Mahaveer Jain, says, “We are extremely honoured to be associated with this meaningful project and happy to be part of this wonderful team. The film is being planned for a pan-India release in languages and the top talent from the industry will be coming on board.”

Pragya Kapoor added, “This film will be made on an epic scale and knowing Abhishek, he will leave no stone unturned. It will be a film the entire country will be proud of.” 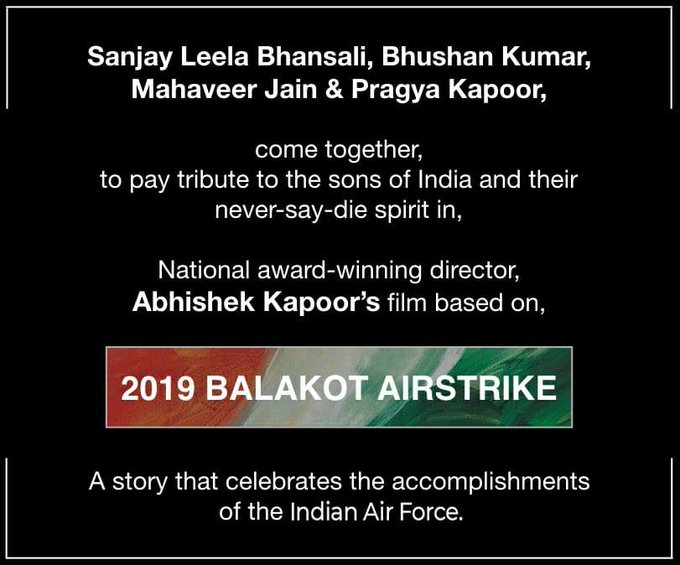