When the lockdown was announced, superstar Salman Khan along with a few family members and close industry buddies were at his Panvel farmhouse. They have spent the last seven weeks at the farm, coming up with interesting ways to keep themselves productive and create content for the audience. Recently, Salman Khan launched his first music single Pyaar Karona that gives out a message of love, help and caring in times of corona. Now, he’s ready with his next single – a romantic ballad titled Tere Bina. 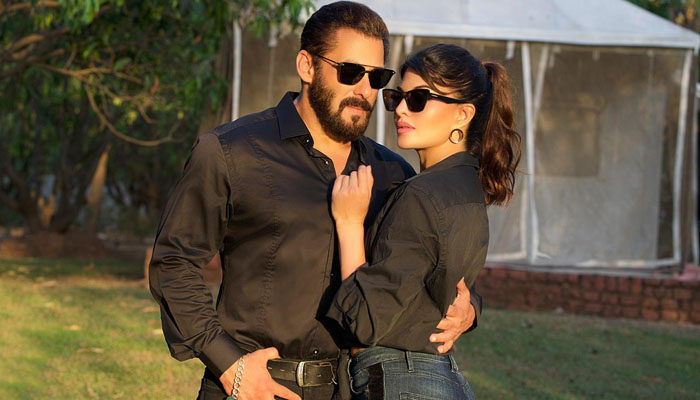 Tere Bina, another in-house production, stars the lovely Jacqueline Fernandez opposite Salman Khan and is touted to be the romantic anthem of the year. The song has been readied with limited resources, following all rules and regulations of the lockdown. The music video has been completely filmed at Salman’s Panvel farmhouse and captures the picturesque locales in and around. The beautiful video also shows how Salman Khan needs no fancy equipment or locations to pump out a hit. In fact, the actor has done it all – from singing to acting and even directing the video, it’s incredible how Salman has pulled off a stunner without a back up or a team.

Talking about Tere Bina, Salman shares, “About seven weeks ago, when we came to the farm, we didn’t know we will be here under a lockdown. So we wanted to do things to keep ourselves busy. That’s when we decided to do these songs. We launched Pyaar Karona and now, we are launching Tere Bina.”

The superstar also reveals he had the song with him for ‘sometime’. “We had a friend at Galaxy when we were kids, his name was Ajju Bhatia who lives on the fourth floor. He keeps asking if I could sing the song for him. I keep on indulging and I have sung four songs for him. Tere Bina is one of those songs. It wasn’t fitting into a film of mine so we thought let’s release it now,” he further added.

Jackie and Salman have always been considered a great pairing on screen. They raised temperatures in films like Kick and Race 3, and now in Tere Bina, their chemistry is electrifying. In fact, their camaraderie in a home made video is infectious and we thought only movies could make that happen! The soft and melodious track, sung by Salman himself, also takes you through an emotional journey that talks about eternal love and longing.

Jacqueline shares, “I didn’t think we would be able to pull this off. We are used to shooting songs on a large stage with grand production costs. There are costumes, hair, make up. All of a sudden, we find ourselves with a team of three people. For the first time, I was checking lighting and moving props around. It was a great experience and it taught us how to make the most of what we have,” she said flaunting her infectious smile.

Both Salman and Jacqueline had no other help and they took up the challenge of doing everything themselves efficiently. From the make-up to hair and even arranging the set, it was all done by them with no help. While Jacqueline had a natural look, Salman aced the broody, deep look like no other! Salman revealed that the song has been shot at the Panvel farmhouse in presence of just three people – him, Jackie and the DOP. “It’s been hot out here. We have taken four days to shoot the song. We shot between 5.30pm in the evening to 6.30-7pm. Everything has been shot inside the Panvel farmhouse,” he asserts.

While many might find it difficult, but this team of three have pulled off a stunner, with Tere Bina being a visual treat for the audience. The song, sung and directed by Salman himself features Jacqueline Fernandez opposite him and is composed by his friend Ajay Bhatia, written by Shabbir Ahmed. The music video is now live on Salman Khan’s YouTube channel on May 12.