Salman Khan and Aayush Sharma are all set to share screen space in Mahesh Manjrekar’s ‘Antim: The Final Truth’. Now, the superstar has dropped the motion poster of the highly anticipated film on his social media accounts. 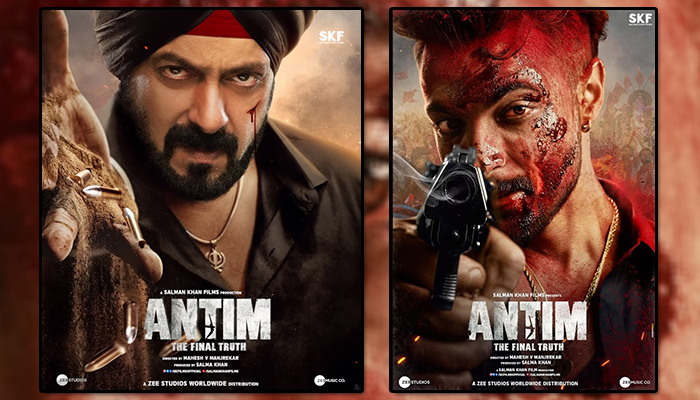 On Tuesday, Salman announced the release date on his Instagram account. He also shared the film’s motion poster, in which we can see Aayush showcasing an aggressive look.

Sharing the motion poster of the film, Salman Khan wrote, “#Antim releases in theatres worldwide on 26.11.2021 It has been a gr8 & cherished association with ZEE and @punitgoenka over the years having done many films Race3, Loveyatri, Bharat, D3, Radhe & now Antim I am confident he will take Zee to much greater heights in the coming years.”

The poster smoothly transitions to Salman, with an equally determined, threatening, yet vicious look in his eyes. Salman is playing the role of Sikh cop.

It is a remake of the Marathi hit movie ‘Mulshi Pattern’. The film will clash with John Abraham’s ‘Satyameva Jayate 2’ helmed by Milap Zaveri. ‘Antim’ is directed by Mahesh V Manjrekar, produced by Salma Khan and is presented by Salman Khan Films.