Team Salaar announced that Jagapathi Babu is a part of the much awaited the film. Starring superstars Prabhas and Shruti Haasan, the film is a mass, action, adventure produced by Hombale Films. 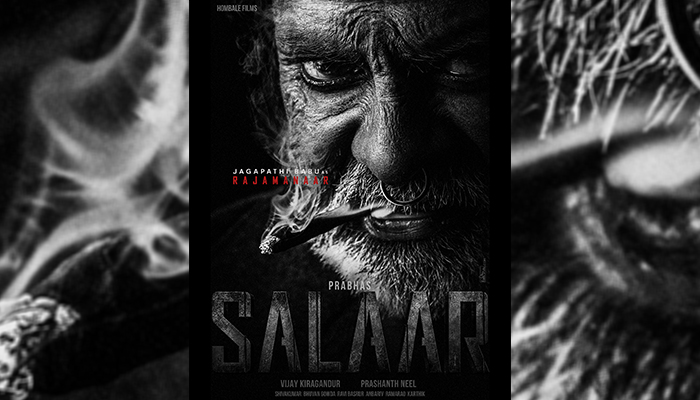 Taking to social media, the actor posted a poster and wrote, “This is the best of my worst look ever. #Salaar Thanks to @prashanthneel , @actorprabhas, @vkiragandur, @hombalefilms, and the entire crew. Really excited to give my best with the help of #PrashanthNeel, I fell in love with myself – ur 𝐑𝐚𝐣𝐚𝐦𝐚𝐧𝐚𝐚𝐫 forever.”

As the poster of Salaar reveals, Jaggu Bhai will be portraying a negative character and his devilish look in the movie perfectly suits him. He is seen with a ring in his nose, extremely violent eyes and a ‘bidi’ in his mouth well defines his character.

Director Prashanth Neel added, “More characters will be revealed as the shoot of SALAAR progresses.” The film is being made as an Indian film, which has led to speculations about what all languages it will be released in already. We can’t wait for more updates about this film!

After the KGF series, this will be the third collaboration between director Prashanth Neel and Hombale Films. With 20 per cent of the shoot set in stone and the remaining portions to be canned by February 2022. A new release date is expected to be given out by the end of this year. 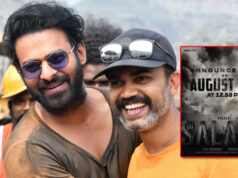