The internet sensations and the coolest singer-composer duo, Sachet & Parampara Tandon have been pumping out superhit songs back to back, keeping us all entertained. Their Instagram singing videos have been breaking the internet clocking in millions, that’s right, millions of views from their fans from across the globe! 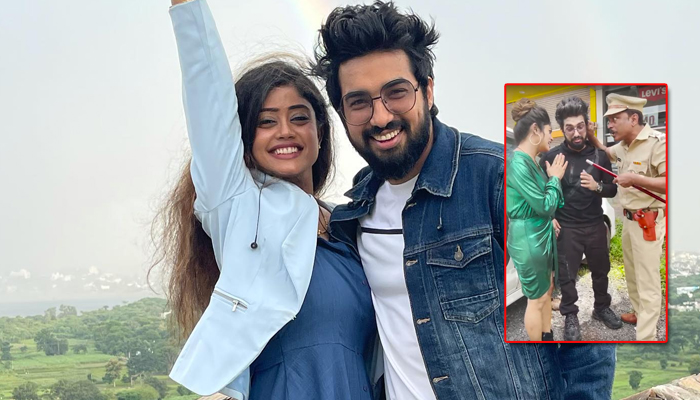 The talented couple were recently seen in Goa for the shoot of their new song and a video of them has gone viral. Sachet & Parampara were pulled up by a cop who was accusing them of stealing something while the former were pleading innocent.

“Kya chal raha tumhara chura liya? Kya churaya hai” was what the cop was heard asking the singer couple. But not to worry, Sachet & Parampara fans, the internet sensations were just shooting for their song titled Chura Liya and the cop decided to play a prank on them for this! Breathing a sigh of relief are you? We surely are!

That’s not all, apart from this shocking and amazingly well planned prank, there is more news in store for us. This song will be the first time that the two powerhouses of talent will feature on the big screen, together! Now that’s what you call a treat for music lovers, right ? Can’t wait to know more!