Mega Power Star Ram Charan is known for beating his own records when it comes to his dance moves. A groovy number RRR Mass anthem from RRR released today in 5 languages where Ram Charan along side Jr NTR can be seen dancing with utmost energy and enthusiasm. 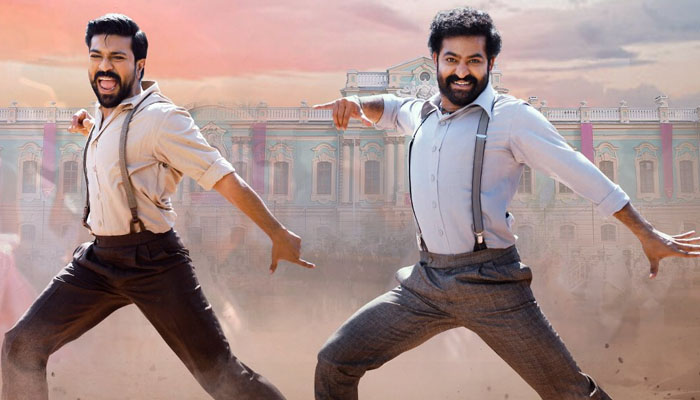 The song has been trending across the internet ever since the makers released the poster of the duo dancing fashionably. Along with the poster, the promo of the song too went viral in all the languages.

Let alone Ram Charan’s smile, his energy while dancing too is said to be infectious. His expressions throughout the song has been noteworthy. It is said to be setting a tone to the audience. Both the actors are seen in formal shirts, trousers and ties with suspenders setting yet another a new trend among millennials.

The song released in all the languages and it has been trending ever since. The Hindi version of the song Naacho Naacho is sung by Vishal Mishra. In RRR, Ram Charan is going to be seen playing the role of Alluri Sitarama Raju along side Jr NTR, who is playing the role of Bheem.

The movie is directed by SS Rajamouli and bankrolled by Dannaya of DVV Entertainments. The movie also stars Alia Bhatt, Ajay Devgn in pivotal roles. The movie is all set to release on January 7, 2022.