Despite mixed reactions, Dinesh Vijan’s latest production Roohi has registered a good business in the opening weekend, although it didn’t witness the expected jump in footfalls over Saturday & Sunday. Now it has entered on weekdays and managed to pass Monday at a steady note at the box office. 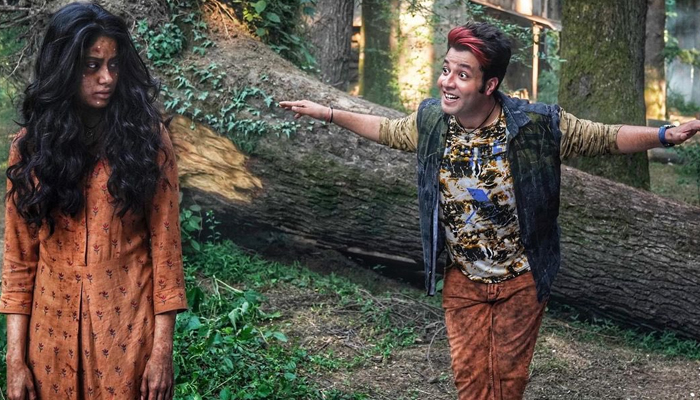 Directed by Hardik Mehta, Roohi starring Janhvi Kapoor, Rajkummar Rao and Varun Sharma has entertained many in theatres and passing the opening weekend at a good note. The film was started at a decent note but eventually registered a good weekend (Covid time) with 12.58 crores that included 3.06 crores on Thursday, 2.25 crores on Friday, 3.42 crores on Saturday & 3.85 crores on Sunday.

On Monday, Roohi has recorded a 40% drop vis-a-vis Friday and minted the amount of 1.35 crores. With this, its 5 days total collection has become 13.93 crores nett at the domestic box office. As per the current trend, it is expected to rake around 17+ crores by the end of this week.

The film is produced by Dinesh Vijan’s Maddock Films, the same production house behind the 2018 film Stree. While Roohi is not a sequel to Stree, it belongs to the same universe.

The filmmaker had said in an interview that all his horror comedies will start connecting at a later stage and that they are taking ‘baby steps’ right now.