Rajkummar Rao, Varun Sharma and Janhvi Kapoor starrer horror-comedy film Roohi is showing unexpected result on the opening day. Maddock Films’ horror-comedy was helped by hit music and the holiday release also pushed it a bit. Now as the film came out of the holiday benefit, it has shown a drop in collections. 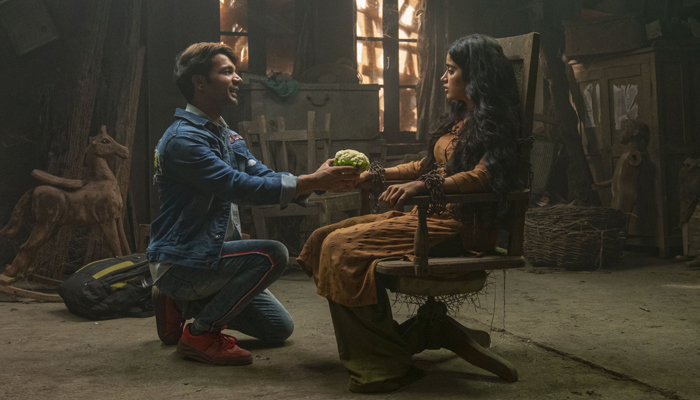 Directed by Hardik Mehta, Roohi has received mixed reviews from the critics as well as the audience, although Rajkummar Rao & other actors have shown commendable performances. The film is the first mainstream movie to hit the theaters this year in the post-Covid time. The first day collection of the film impressed the trade analyst and it continued its charm on Day 2 as well.

On the opening day, it opened on a slow note but picked up well from evening shows in multiplexes and did the business of 3.06 crores which also turned out to be the best opening post COVID-19 beating Wonder Woman, Tenet and Suraj Pe Mangal Bhari.

Then on Friday, the latest Hindi horror-comedy-drama recorded a drop of 26.50% vis-a-vis Thursday and minted the amount of 2.25 crores. With this, the total collection of the film after 2 days has become 5.31 crores nett at the domestic box office.

Roohi is the story of Afza, a ghost who’s inside Roohi, and how two men try to let the spirit be free. While the makers wanted to gain with the Maha Shivratri holiday, it’s only going to benefit with the word-of-mouth now from Friday.