We all loved him in ‘The Sky Is Pink’ and he amazed us in his last release ‘Ludo’. The new rising star Rohit Saraf is growing up with his every new release and the actor has now graced the cover page of ‘High On Persona’ Magazine’s millennial issue. 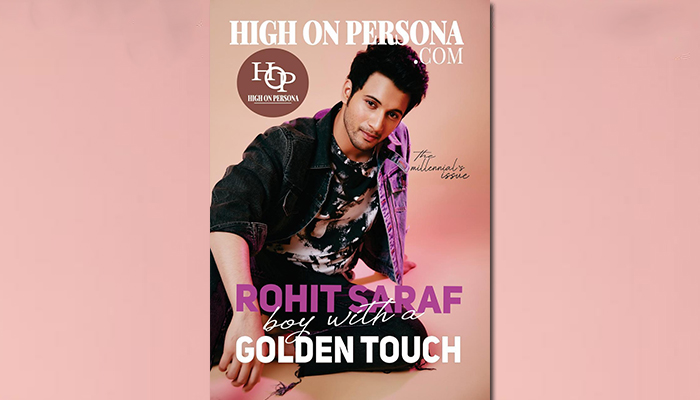 During the interview, Rohit spoke about his favourite social media trend and he said,”I love funny Instagram filters. Where your face changes; your eyes become big, your mouth becomes protruded. I love all of that.”

Rohit started his career with the film ‘Dear Zindagi’ in 2016 and since then he has been a part of couple of films. But his role in ‘The Sky is Pink’ and ‘Ludo’ has earned him recognition and today he has a good fan following amongst the youth. He was also seen in a series titled ‘Mismatched’ that premiered on Netflix last year.

It is coming-of-age romantic drama which is based on Sandhya Menon’s bestselling novel ‘When Dimple met Rishi’. Rohit played the role of a tech wizard in the show and was loved by all. His fans are waiting to see him as lead in his next Bollywood project.