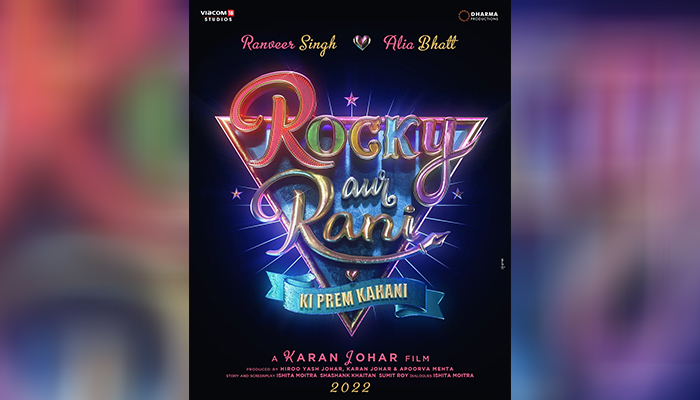 While Johar directed Bhatt in her 2012 debut movie “Student of the Year”, the new movie will mark first collaboration between the filmmaker and Bollywood star Singh. Johar and Singh were earlier supposed to collaborate on the historical drama “Takht”, which has been reportedly shelved. “Rocky Aur Rani Ki Prem Kahani” will release in 2022.

Alia also shared the announcement on her Instagram and wrote, “An exceptional love story with my favourite people.” Ranveer, who turned 36 on Tuesday, said it was a “special announcement” on his “special day.” “Presenting – ‘Rocky Aur Rani Ki Prem Kahani’ along with my dazzling supernova Alia Bhatt, directed by the genre himself, kaleidoscopic visionary Karan Johar,” he said. The two Bolllywood stars had previously shared screen space for filmmaker Zoya Akhtar’s critically-acclaimed music drama “Gully Boy” in 2019.

Alia Bhatt will next feature in Ayan Mukerji’s “Brahmastra”, SS Rajamouli’s “RRR” and Sanjay Leela Bhansali’s “Gangubai Kathiawadi”. She recently started working on “Darlings”, her first film as a producer.

Ranveer Singh is currently awaiting the release of sports drama “83”, directed by Kabir Khan, and also make a special appearance in Akshay Kumar-starrer “Sooryavanshi”. The actor will also star in “Jayeshbhai Jordaar” and “Cirkus” by Rohit Shetty.