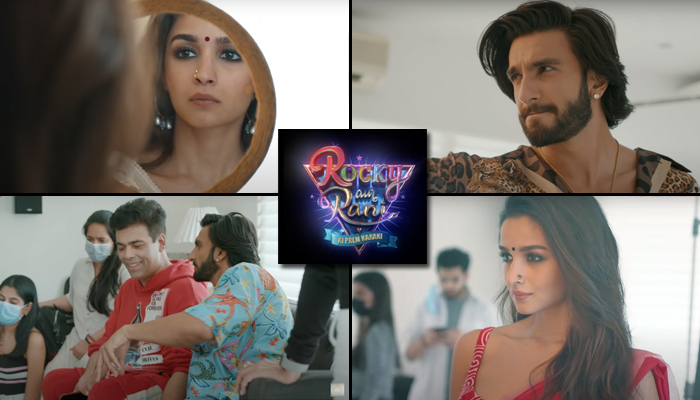 Sharing a clip of behind-the-scenes shots of the movie’s first-day shoot, Karan tweeted, “The day is finally here and I have so many feelings going on in my head but what emerges at the top is – gratitude! As we begin our Kahani ka first schedule, seeking all your pyaar and aashirvaad! It’s time to roll!”

The short video also unveils Alia and Ranveer’s character looks from the movie. Manish Malhotra can also be seen assisting the actors with their costumes. From Alia setting the frame ablaze with her alluring saree looks to Ranveer spreading the magic with his debonair appearance, and to Karan on the director’s chair in the short video, it is indeed a sign that viewers are in for a visual treat!

On a related note, legendary actors Dharmendra, Jaya Bachchan, and Shabana Azmi will also be a part of the upcoming film. The sneak peek video didn’t reveal their looks. On Ranveer’s birthday, the makers of ‘Rocky Aur Rani Ki Prem Kahani’ announced that the actor will play the lead role in the movie alongside Alia, marking their second collaboration after the blockbuster film ‘Gully Boy’.

The upcoming Karan Johar directorial written by Ishita Moitra, Shashank Khaitan, and Sumit Roy is scheduled to release in 2022.