Actress Regina Cassandra has joined the cast of Raj and DK’s web series starring Shahid Kapoor, Vijay Sethupathi, Raashi Khanna and others. According to reports, she will be seen playing Vijay’s wife in it. Reportedly, she is currently filming for it in Mumbai and will continue to do so for a month. 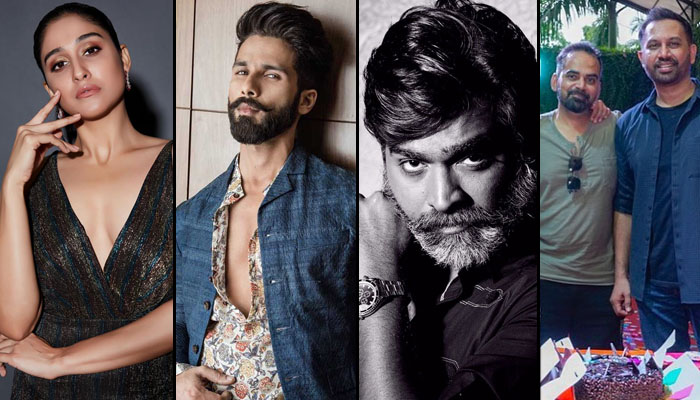 Talking to Bollywood Hungama about the project, Vijay said that Regina, Shahid everyone and everyone in the team is wonderful to work with. “I am enjoying the experience. We finished one entire schedule of the series and now there is a second schedule from October 15,” he revealed.

Today, filmmaker Raj & DK took to Twitter to unveil picture with Regina Cassandra. He wrote, “When work is fun, the joke is funnier… @ReginaCassandra #setdiaries #BehindTheScenes.”

Meanwhile, Regina Cassandra, who made her Bollywood debut with the 2019 Sonam Kapoor and Rajkummar Rao starrer Ek Ladki Ko Dekha Toh Aisa Laga is known for her work in work in Tamil and Telugu films. She has starred in flicks like Siva Manasulo Sruthi, Evaru and Nenjam Marappathillai among others.

Comeback to the series, the quirky drama thriller helmed by Raj and DK, Shahid Kapoor will make his entry into the OTT space. Sita R Menon, Suman Kumar, and Hussain Dalal co-wrote the series, which will premiere on Amazon Prime Video.