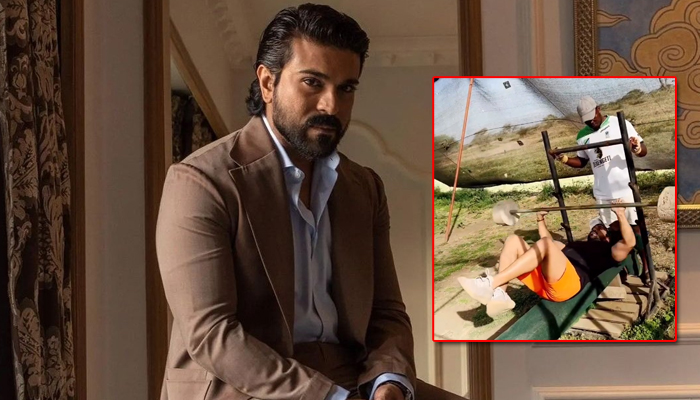 A few days ago, he and his beloved wife Upasana Konidela went on a small vacation to Africa. They returned to Hyderabad and today, Cherry posted a video in which he is exercising vigorously to be fit. He also played football with the locals. The video has gone viral in no time.

He posted a video himself from his vacation, where he can be seen working out in an unconventional gym in Africa without a break. He captioned the video as “All set for the upcoming schedule 👍. Workout has no vacation.” He is all set, both physically and mentally for the New Zealand schedule of RC15 film.

The actor completed his workout routine with substitutes for gym equipment. Fans took to the comment section to praise his dedication towards his work.

In the movie, Ram is said to be playing the role of an IAS officer with anger issues. Kiara Advani is also a part of the upcoming film.