The teaser of Ranveer Singh starrer sports drama film ’83’ was released on November 26. The biographical film directed by Kabir Khan, and co-produced by Khan, Vishnuvardhan Induri, Deepika Padukone and Sajid Nadiadwala, is based on India’s historic and maiden World Cup triumph – the 1983 World Cup, which the team won under the leadership of Kapil Dev by defeating West Indies. 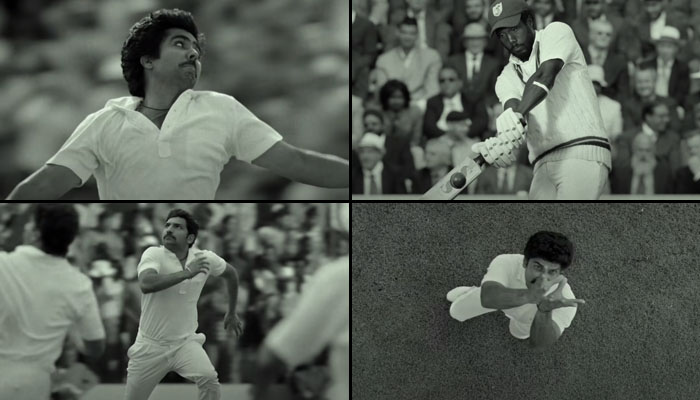 Ranveer took to his Instagram account to post the short clip, also revealing that the full trailer of the movie will be out on November 30. “The greatest Glory. 83 RELEASING IN CINEMAS ON 24TH DEC, 2021, in Hindi, Tamil, Telugu, Kannada and Malayalam. Teaser out now. Trailer out on 30th Nov.#ThisIs83,” read his caption.

The 59-second teaser gives a glimpse of Ranveer Singh, playing Kapil Dev in the film, as the video shows the moment when Dev grabbed West Indies great Vivian Richards’ catch in the deep off the bowling of Madan Lal.