The third season of gangster drama series “Rangbaaz”, featuring actor Vineet Kumar Singh, will premiere on ZEE5 on July 29, the streamer announced on Friday. The third season has been titled “Rangbaaz- Darr Ki Rajneeti” and is show run by Navdeep Singh of “NH10” and “Manorama Six Feet Under” fame. 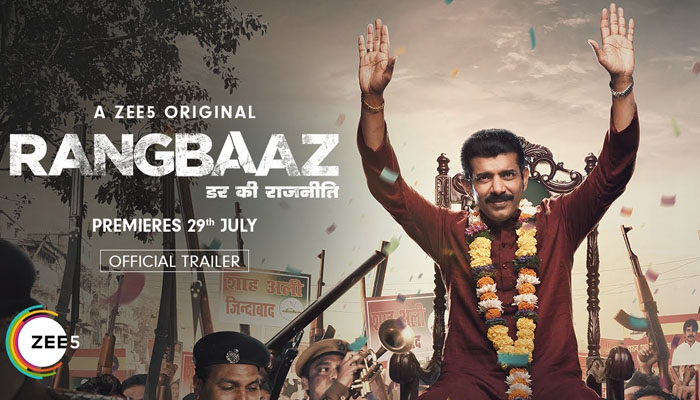 As the trailer of the web-series ‘Rangbaaz – Darr Ki Rajneeti’ is out audiences can already anticipate a season filled with drama, politics, corruption, crime, power-games but most importantly another breakthrough performance by Vineet Kumar Singh.

Stepping into the role of Haroon Shah Ali Baig (also known as Saheb), the series charts his rise from a small town middle class family in Bihar to becoming one of the most powerful and influential men.

Talking about this all new avatar, says Vineet Kumar Singh, “The dark world of gangster politics is truly fascinating – This character is complex because on one hand he gains power and money through his exploits, but then finds support from the people who he helps with his success. You don’t know whether to hate him or love him and it’s a meaty character with many shades that I enjoyed biting into.”

“Rangbaaz” started in 2018 with its first season that featured actor Saqib Saleem in the lead. The show’s sophomore instalment, titled “Rangbaaz Phirse”, starred actor Jimmy Shergill and was released in 2019.