Actor Randeep Hooda took to social media on Thursday to wish his parents Ranbir Singh and Asha Hooda on their 50th wedding anniversary. The actor also expressed regret for not being able to celebrate the special day together amid the ongoing pandemic. 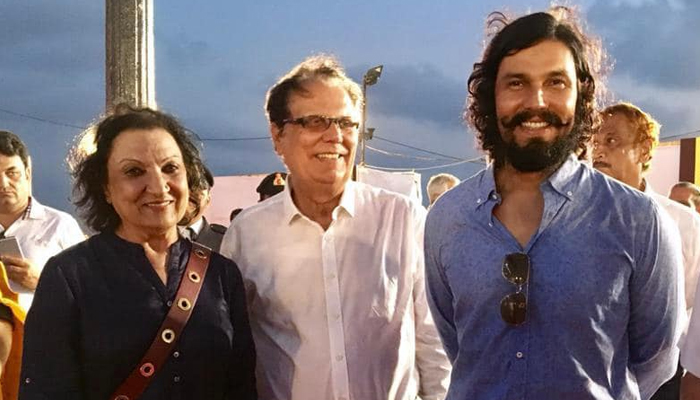 Sharing a photograph with his parents, Randeep wrote on Instagram: “A Golden Jubilee to my beautiful mummy and papa !! @hooda_asha #RanbirSinghHooda. 50th Marriage Anniversary is something #couplegoals.”

“Can’t thank you enough for having us and raising us with love, understanding and patience (I know we have tested that again and again). Wish we could have all been together,” he adds.

On the work front, Randeep’s latest release is the digitally released film “Radhe: Your Most Wanted Bhai”. In the Prabhudeva directorial, he features alongside Salman Khan, Disha Patani and Jackie Shroff.

The actor is all set to feature in the upcoming web series “Inspector Avinash”, where he will be seen alongside Urvashi Rautela. He also stars in the film “Unfair & Lovely” with Ileana D’Cruz.