Mega Power Star Ram Charan is quite prudent with his words but when says something, it evidently comes straight from his heart. He is known for his heartfelt speeches and words. 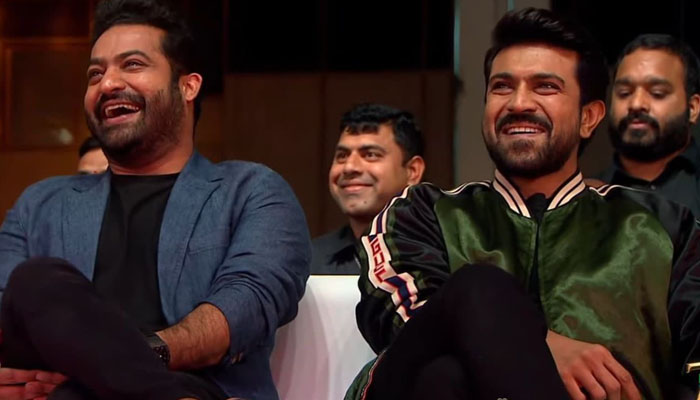 During the RRR promotions in Chennai, Ram Charan spoke about several things including the efforts he put in for dubbing in Tamil and the mentor that SS Rajamouli is, for him.

But of all the things he said, if there was one thing that got him a lot of hoots and whistles from the audience then it is when he spoke about his costar Jr NTR.

Ram Charan firmly and loudly said he would keep the brotherhood with Jr NTR until his last breathe. “I will thank everybody but not Tarak. If I thank him, I will degrade the beautiful brotherhood we share. He is just 1 year older to me but he is like a child. Child like mentality and lion like personality. I share a beautiful relationship with him and I will continue to keep up with that relationship forever.”

His heartfelt words about his costar did melt hearts among the audience. Ram Charan has never shied away from talking about people who mean a lot to him and clearly his co star is special to him. We will get to see their special camaraderie in RRR on January 7, 2022.