Bollywood-Tollywood actress Rakul Preet Singh has started shooting for her upcoming film “Chhatriwali” in Lucknow. The actress plays the condom tester in the film. 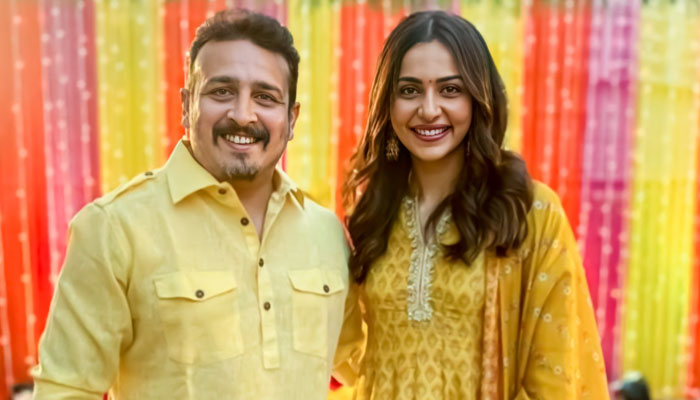 Taking to Instagram, Rakul posted several videos and pictures from the sets, updating fans about the commencement of the shoot in Lucknow. “And it begins. Team Chhatri,” she captioned one of the videos, in which she can be seen performing Lakshmi puja on the sets.

The film, which is being helmed by Tejas Prabha Vijay Deoskar, also, Ronnie Screwvala is bankrolling ‘Chhatriwali’. The other cast members are yet to be revealed.