The new Hindi offering Raksha Bandhan has got failed to create the desired impact on viewers and struggling at the box office. After an under-performed opening weekend, it is crashing down on weekdays. 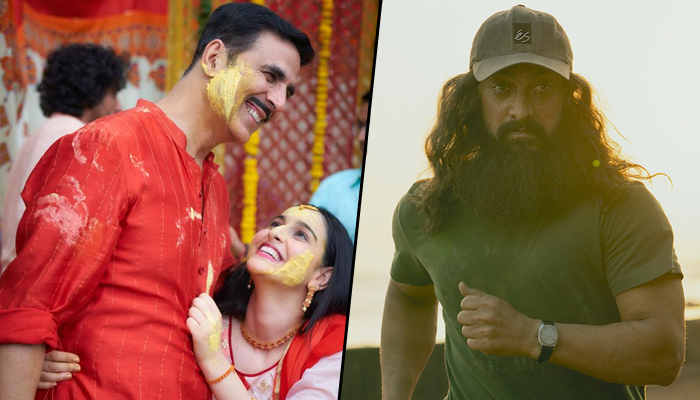 Raksha Bandhan was opened at a dull note and remained under-performed throughout the weekend. It did the business of 28.16 crores in the first 3 days that included 8.20 crores Thursday, 6.40 crores on Friday, 6.51 crores on Saturday & 7.05 crores on Sunday.

On the next day i.e. Monday, it has managed to collect 6 crores* and raised its 5 days total collection to 34.16 crores* at the domestic box office.

On the other hand, Aamir Khan and Kareena Kapoor Khan’s big-budget Laal Singh Chaddha couldn’t take a satisfactory start and registered a business of 37.96 crores net in the opening weekend which included 11.70 crores on Thursday, 7.26 crores on Friday, 9 crores on Saturday, and 10 crores on Sunday.

On Monday, Aamir Khan Production and Viacom 18 Studios’ production has dropped abruptly as compared to the previous day and managed to collect 7.50 crores*. After 4 days, its total collection has become 45.46 crores nett at the domestic box office.