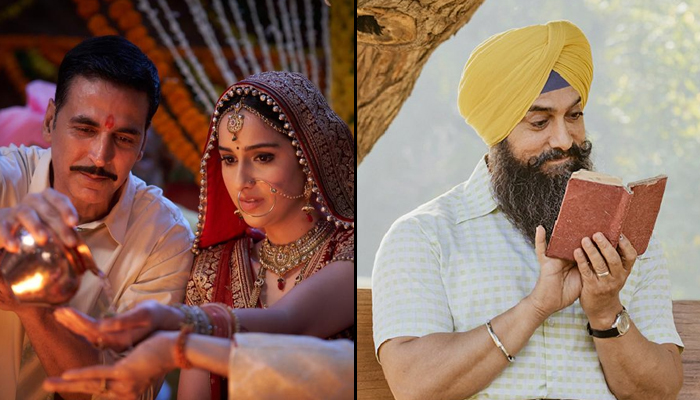 Akshay Kumar starrer took a slow start on Thursday and registered the opening business of 8.20 crores. Despite huge initial hype, it remained almost at the same level over the weekend and did the business of 6.40 crores on Friday, 6.51 crores on Saturday & 7.05 crores on Sunday. After the weekend, its total domestic collection was recorded at 28.16 crores.

On the other hand, Aamir Khan starrer Laal Singh Chaddha too has been doing low at the ticket counters. The film had started with a collection of 11.70 crore, followed by a decline on second day as it earned 7.26 crore. However, it also witnessed a jump in business on Saturday as it collected 9 crore on day 3. LSC witnessed further growth in collection on Sunday as the film collected 10 crore on day 4. With this, the 4 days total collection of Viacom 18 Studios and Aamir Khan Productions’ has become 37.96 crores at the domestic box office.

The not-so-impressive box office number led to reports surfacing recently that exhibitors had decided to reduce shows of both Laal Singh Chaddha and Raksha Bandhan. While around 1300 shows of LSC were cancelled, 1000 RB shows were also not screened. With the film receiving mixed to not-so-good reviews, the word-of-mouth promotions aren’t high as well.

Now, it will be interesting to see how the two films will perform over the weekdays.