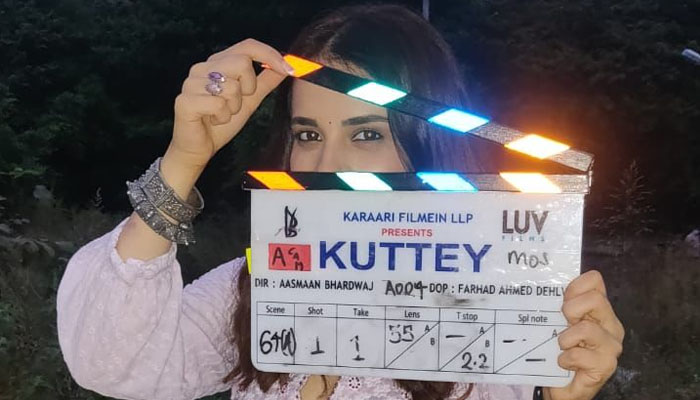 Radhika Madan took to Instagram and wrote alongside a picture of her holding the clapboard of the upcoming movie, “Back home”.

Kuttey is being co-produced by Luv Ranjan, Vishal Bhardwaj, Ankur Garg and Rekha Bhardwaj under the banner of Luv Films and Vishal Bhardwaj Films, and presented by Gulshan Kumar and Bhushan Kumar’s T-Series.