After the Maharashtra government recently announced plans to reopen cinemas, several filmmakers and producers are now busy booking the release date of their films. The makers of Icon Star Allu Arjun and Rashmika Mandanna’s upcoming movie ‘Pushpa’ have confirmed the release date on December 17th. Initially the makers locked the Christmas release but did not announce the date and so many thought ‘Pushpa’ would arrive at the box office on December 25th. 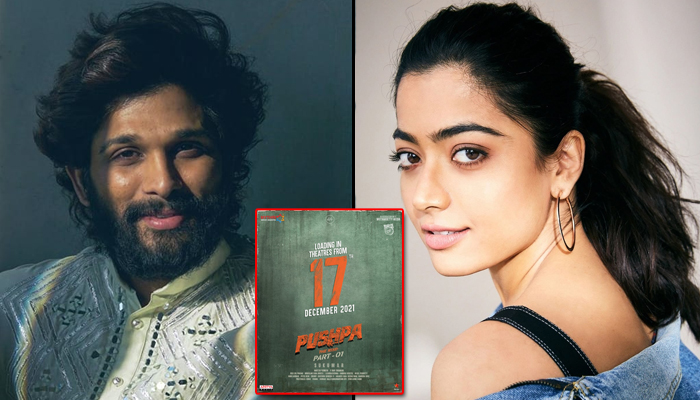 This is the first time, that Rashmika will be paired with actor Allu Arjun for a project. Faasil, known for starring in acclaimed movies like Malik, Joji”, “Kumbalangi Nights” and “Super Deluxe”, plays the antagonist in the film opposite Arjun.

Written and directed by Sukumar of “Arya” fame, the film chronicles the red sanders heist in the hills of Andhra and depicts the convoluted nexus that unfurls in the course of the narrative of a man who is taken by avarice.

“Pushpa: The Rise” is being produced by Mythri Movie Makers in association with Muttamsetty Media. The film is slated to release in two parts in Telugu along with Tamil, Hindi, Kannada and Malayalam languages.