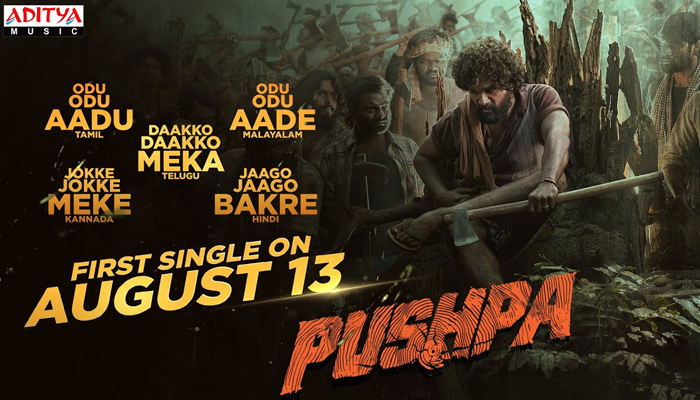 Making the announcement and wishing DSP a happy birthday, Allu Arjun took to his Twitter handle and wrote, “Happy birthday my dear friend @ThisIsDSP. Can’t wait for the world to witness the fantastic album you have composed for #Pushpa, and fall in love with you and your music yet again. Keep entertaining us with your magic.”

Allu Arjun also shared a video announcement of the release date of the first single, along with the five singers. The makers have roped in Vishal Dadlani to sing the Hindi version, Rahul Nambiar for the Malayalam version, Benny Dayal for the Tamil version, Vijay Prakash for the Kannada version, and Shivam for the Telugu version.

The shooting of Pushpa is currently underway in Hyderabad. Malayalam star Fahadh Fassil is said to be playing the main antagonist in the film, which will be released in two parts. The movie also stars Rashmika Mandanna as the female lead.