Pawan Kalyan and Rana Daggubati’s starrer (working title – titled PSPK Rana Movie) is all set to release on Sankranthi 2022. The film is directed by Saagar K Chandra and produced by Naga Vamsi under Sithara Entertainments. 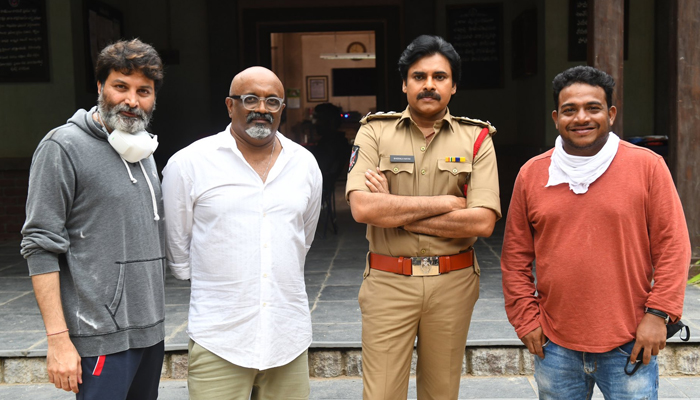 The makers today announced the release date. “Gear up for the biggest battle of self-esteem. #ProductionNO12 in theaters 12 Jan 2022,” Tweeted Sithara Entertainments.

An announcement video shows Pawan Kalyan, Trivikram Srinivas and Saagar K Chandra taking part in musical sitting alongside composer SS Thaman. Going by the BGM, this is going to be a stirring number. Ace director Trivikram Srinivas has penned screenplay and dialogues of the film.

Pawan’s character has been named Bheemla Nayak, while the filmmakers are yet to reveal the details of Rana’s character in the film. On July 26th, the shooting of the film resumed months after it was halted due to the second wave of the coronavirus.

Ayyappanum Koshiyum was one of the biggest hits of Malayalam cinema last year. The late filmmaker Sachy’s film explored the possibilities of what happens when two men of some consequence are forced into a difficult situation, where both of them can’t get out with their reputation, ego and life still intact.