Actor Sunny Hinduja met friend Pratik Gandhi after a long time in Mumbai at the screening of the latter’s film ‘Bhavai’. 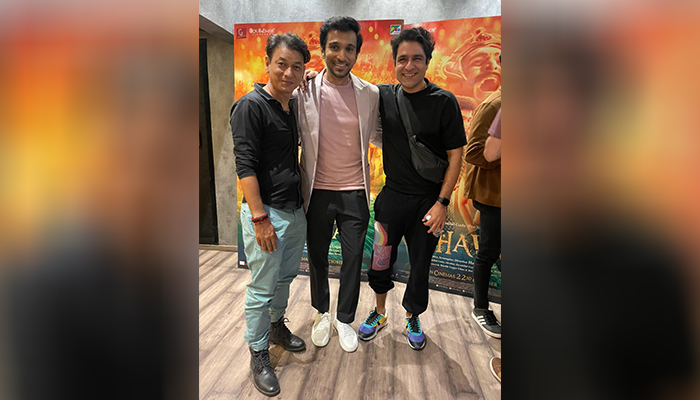 Pratik had invited Sunny for the film’s theatrical screening since both of them have known each other from a long time and have grown together in the film industry.

Both the actors were in smiles and posed happily for the cameras as they discussed the movie and other interesting aspects of their journey together.

Besides an interesting character in upcoming Amazon Prime web series, Sunny has some major announcements with leading production houses slotted for the coming times.