Pan India star Prabhas has officially wrapped up work on his mythological drama ‘Adipurush’. After many delays and battling some mishaps on the sets, the actor finally wrapped up his shoot today. Besides celebrating the conclusion of yet another successful venture, the star also celebrated with the team on hitting the 100 days mark. 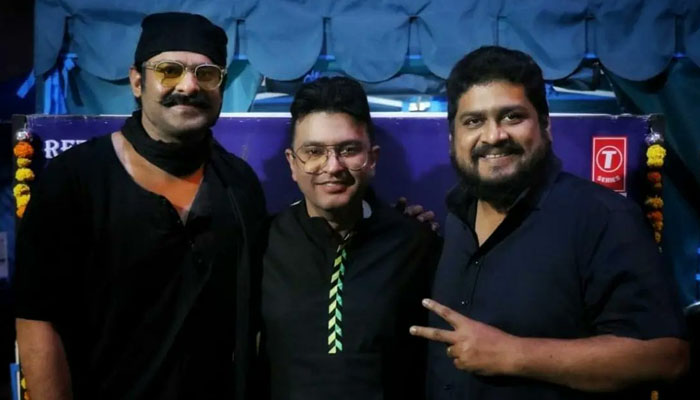 Photos from the sets have made their way onto social media sites. The pictures see Prabhas donning a moustache and funky yellow-tinted shades as he poses with his team including Bhushan Kumar, director Om Raut, Prasad Sutar and Shiv Chanana.

Work on the final segment of the film began back in September. Everyone from Kriti Sanon to Saif Ali Khan, Sunny Singh, and members of the supporting cast marked their presence on the sets. After a mini-break in the shoot, Prabhas returned to the Mumbai studios late October to resume work and complete the final few portions of the film.

The film, which is slated to get a theatrical release on August 11, 2022, had started production back in February. Produced by Bhushan Kumar, Om, Prasad Sutar, and Rajesh Nair, the film will be released in Hindi, Telugu, Tamil, Malayalam, and Kannada.

On a related note, the ‘Adipurush’ release date will clash with Akshay Kumar’s ‘Raksha Bandhan’ that has also been announced to release the same day, next year.