With each passing year, Indian Superstar Prabhas has ventured into new territories, from myths to action entertainers, rom-coms to science fiction. On October 7, the actor who became a pan-Indian sensation with his flick Baahubali is slated to announce his 25th film (Prabhas 25). 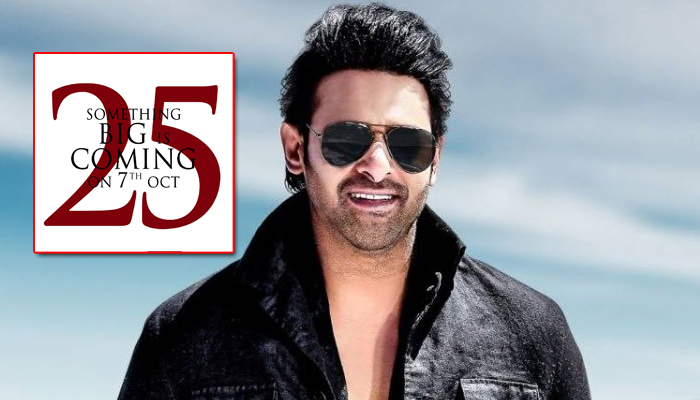 Music giant T-Series even hinted at something big coming up tomorrow as they shared a tweet and wrote, “Watch this space!!” The text on the poster read, “Something big is coming on 7th Oct.”

A source reveals that, “Prabhas 25 is definitely materializing and the Superstar will make a special announcement soon. While details are shrouded in secrecy, what we know right now is that the Movie’s story is going to be entirely different from his other movies of the past.

Grapevine says that the film is believed to feature Prabhas in a never-before-seen role where he will for the first time be associating with a successful maverick director who has a cult status. Not only this but there are also rumours stating that the film will be directed by none other than Sandeep Reddy Vanga.

The official announcement of the film will be made on October 7.