Himesh who has launched so many newcomers in the past has this time collaborated once again with his protege Palak Muchhal who was launched by Himesh in Prem Ratan Dhan Paayo title track, Jumme Ki Raat, Sanam Teri Kasam title track and also a lot of other hit songs in the past, Himesh has this time given Palak Muchhal a beautiful melody to sing which is titled Tumpe Mar Jaaenge composed and written by Himesh. 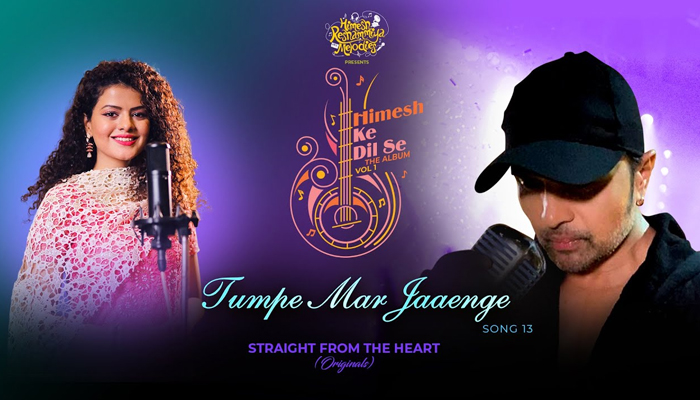 A day before, Palak wrote on her Twitter account, “My association with the incredible Himesh Reshammiya ji with whom I have sung so many beautiful massively loved songs, goes one step ahead with this lovely song “Tumpe Mar Jaaenge” composed and written by HR! The song releases on 25th October, can’t wait for you to listen to it!”

Himesh also quoted saying “I am very happy the way Palak has emerged as a star in the music world and this song explores her voice to another level as it’s a difficult song to sing but sounds very easy and she has delivered the song effortlessly which is very important.”

“I am thankful to the audience for giving me 19 back to back blockbuster hits 6 have resulted in more than 650 million views already in no time and also more than 225 million audio streams and I’m hoping this track with Palak is my 20th hit in a row” says Himesh.