The makers of the upcoming multilingual film ‘Vikrant Rona’ released a new poster showing Jacqueline Fernandez who plays Gadang Rakkamma in the movie will have her look rolling out today on the occasion of her birthday. 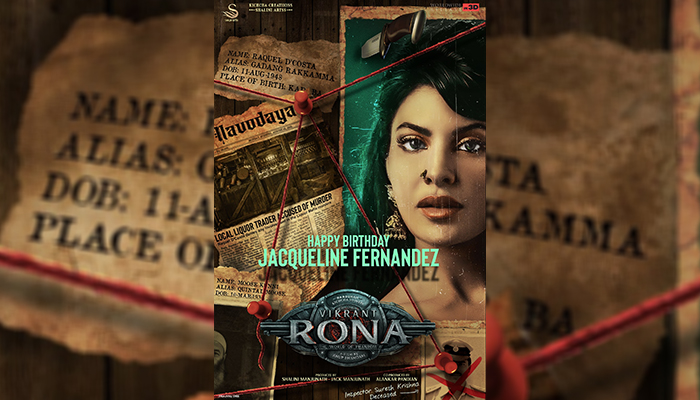 Vikrant Rona was shot last year on the massive sets built at Hyderabad’s Annapurna Studios. Produced by Shalini Manjunath, the film is expected to hit the theaters in 3D format on August 19th, 2021.