Nora Fatehi’s Nanded based fan who inked her face on his arm, began a donation drive for free food to the needy in her name. 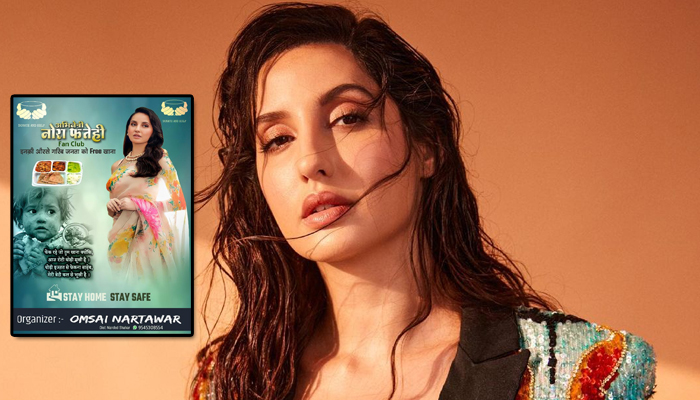 Recently, a die-hard fan of Nora Fatehi met the actress at the airport to show his tattoo wherein he got her face inked on his arm. Named Omsai the fan had travelled from Nanded to meet the actress.

Omsai has initiated a food donation drive in Nanded distributing free food to the needy in Nora Fatehi’s name.

Having begun the donation drive on Sunday, 9th May, Omsai fed over 400 people on its first day while on Monday he has helped over 560 people to feed themselves.

Talking about the initiation Omsai shared, “I am a huge fan of Nora Fatehi. Everyone knows Nora Fatehi as a brilliant performer and an actor, I have started this drive so people know how noble she is as a person.”