As we wait for Nora Fatehi’s song ‘Zaalima Coca Cola’ from the upcoming film ‘Bhuj: The Pride of India’, the actress has offered a treat to her fans and followers by sharing a dance video of her hook steps with the legends Ganesh Acharya and Govinda. Nora also announced the song to release on 28th July. 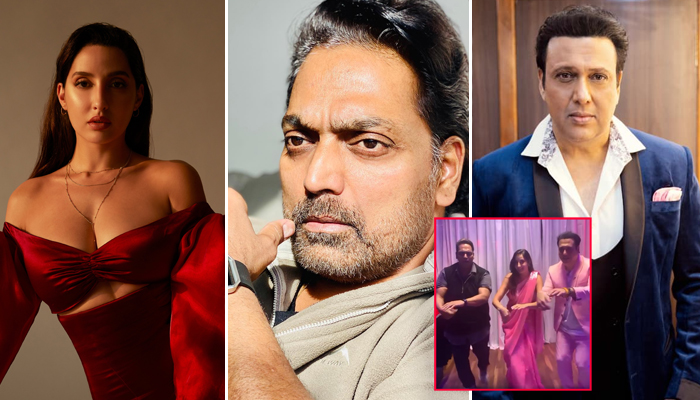 Nora Fatehi, who is currently judging a dance reality show, shared a glimpse into her BTS fun with the guests on the episode, Ganesh Acharya and Govinda.

Unfolding unseen facades of her versatility, Nora Fatehi is seen slipping into the character of a spy in ‘Bhuj: The Pride of India’, glimpses of which were seen in the trailer. With impactful dialogues, power-packed scenes, Nora Fatehi has piqued the interests of the audience to witness her never-seen-before avatar.

One of the most loved and popular artists of the entertainment industry, Nora Fatehi has carved her journey towards success with utmost dedication and perseverance. Ruling the hearts of the audience with her diverse mesmerizing performances, Nora Fatehi has emerged as a global icon with imprints across the world.